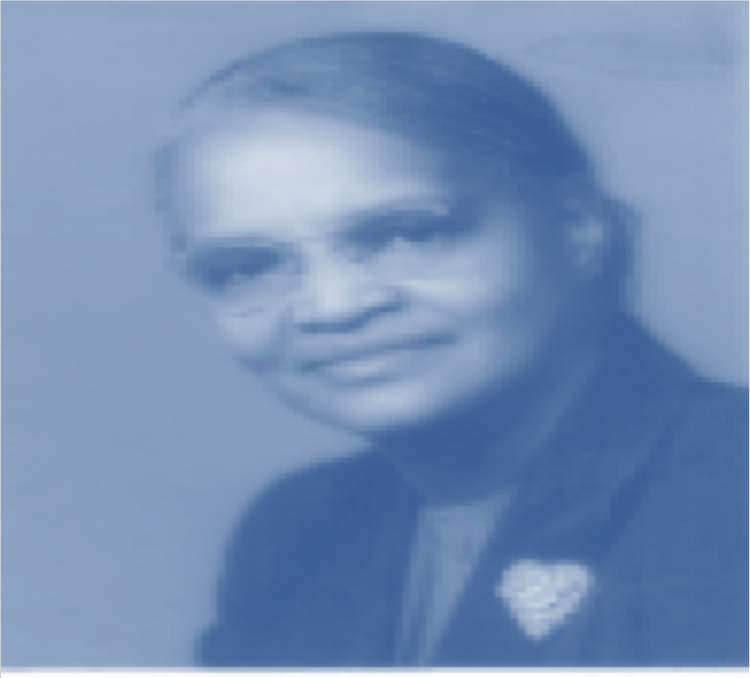 MOTHER LYDIA ELIZABETH HINSLEY was many things to many people, but to those that knew her, she was a source of sunshine and inspiration.  In 91 years, she managed to significantly touch the lives of thousands of children and adults across these United States.  A beacon of light to the lost, needy, and overlooked, she is remembered and kept alive in all our hearts. Born to Mr. and Mrs. Peter Powell on March 21, 1895 in Griffin, Georgia, Lydia was a little spit-fire who loved to tell on her 4 sisters and 5 brothers on the one hand, and in her self-styled mercy, lie for  them  on  the  other hand.   She  was  not above fighting for them when attacked by other children.

She was saved at the age of 9 in a holiness church of which she was well pleased, convinced and convicted when she found that she no longer fought or lied for her sisters and brothers.  Lydia lost her father and consequently her mother at an early age.  However, before her mother’s passing, Lydia promised to keep her younger siblings together and care for them as best as she could.

Her characteristic spirit of determination was first noted when she purposed in her heart to get to the ‘big city’ of Atlanta, recognizing that better educational and job opportunities existed there.  She continued to work in Griffin until she had saved bus fare for herself and each of her brothers and sisters.  At age 13, she left Griffin to find a job and support her five sisters and brothers there.  Tempted by a prominent Baptist woman to quit that “sanctified” church and receive a “free education”, young Lydia determined right then that she was not going to turn from God.  She often said that during that period of her life, “Nobody can tell me that a young girl cannot live holy because I did it!  I was not going to let anything or anybody make me sell out.  I didn’t go to any picture show.   I didn’t take any set-ups.  They called me a holy roller.  But that didn’t matter.  YOU CAN MAKE IT, IF YOU TRY!”

She was married to the late James J. Hinsley in 1917.  This union was the culmination of much prayer and waiting before the Lord.    For  young  James’ announcement  that the Lord  had  told him  that  she was his  wife,  was met with  the statement from Lydia, “Well, He may have told you that, but since I am involved in this, He’ll have to tell me too!”  For young Lydia had decided long ago that she would not marry anyone who would not accept her raising her mother’s 5 children.   She didn’t expect to find anyone who would do this, so she had prepared herself to remain single if that was what it took.  This union produced three children of her own:   James J. Hinsley, Jr., Luther R. Hinsley, Sr., and Gwendolyn I. (Hinsley) Howard.

Always an avid worker in the local church, Mother Hinsley was right by her husband’s side in every aspect of his life and ministry.  The young couple lived in Cleveland, Ohio, and Tallahassee, Florida,  before settling in Atlanta, Georgia.  In 1947, in the Pittsburgh area of Atlanta, Elder Hinsley (James J.) began building with his own hands, a $90,000 church, in what the community regarded as a mud hole.  The same church is now valued at over $750,000. The church was built and has served as the jurisdictional headquarters for many years.

Seeing the struggle of young unwed mothers in her local community, Mother Hinsley started one of the first private and church-operated Day Care Centers in Atlanta.  Her goal was to provide much needed care, transportation, and training for the children of these mothers and at the same time free the mothers to seek employment.  She started out with four children who often had to be cleaned before they could begin that day.

One parent brought her child complaining the he was ‘hard-headed’ and had to be beaten before he would obey.  Mother Hinsley told her small volunteer staff to look carefully at the child before any punishment was given.  It was then learned that the child had been born deaf.  Help was requested from a State Agency and the child was subsequently entered in a school for the deaf.  The fee charged, but too often not paid, was $1.00 per week.

Mother Hinsleys love and concern for children gained the notice of Bishop Mason and Mother Lizzie Roberson, the National Supervisor of the Women’s Department of the Church of God in Christ, Inc.  She was appointed as the first NATIONAL BIG SISTER SUNSHINE BAND.  Mother Hinsley delighted in going to Memphis two weeks early to gather children from the neighborhood and bring them to the house of God to be taught.  It did not matter where she was, Lydia was known for bringing the little ones to Jesus.  The Lord gave her the words, “Let Them Pass” as the slogan for this organization.  In this capacity, Mother Hinsley had the distinction of being able to say that she missed only two Women’s Conventions and two Memphis Convocations in the history of the National Church.  She worked diligently in the organizational structure of the Sunshine Band and in promoting a ministry geared toward the interest of children for over 50 years.

Mother Hinsley traveled extensively throughout the United States, Haiti, Jerusalem, and Canada doing the work of the Lord.  She was a missionary, social worker, educator, teacher, godly woman, and one that could get a prayer through to God.  Her concern for people reached locally and throughout the world.    No need escaped her concern.  She never stopped visiting the sick, prisoners, and the shut-in; sending or giving clothing, food, and money to the poor.  At 91 years of age, her love for God and her church caused her to develop a habit  of collecting and selling  drink cans weekly in order to supplement her SUNDAY SCHOOL offering from which her Mother’s Class rarely lost the offering banner.

Mother Hinsley served as a Pastor’s wife for 46 years.   She set up every auxiliary in her local church and state, as the Assistant State Mother of the Central Georgia Jurisdiction, and as the State Mother of the Southeast Georgia Jurisdiction.  She held up the banner of righteousness.  She waved the banner of victory before the eyes of everyone, she served, praised, and loved her God. God gave her a full and long life and she in return gave something of herself to each person with whom she came in contact with.  She did not waste time, she redeemed it.  She not only finished her course, but she reached her goal. 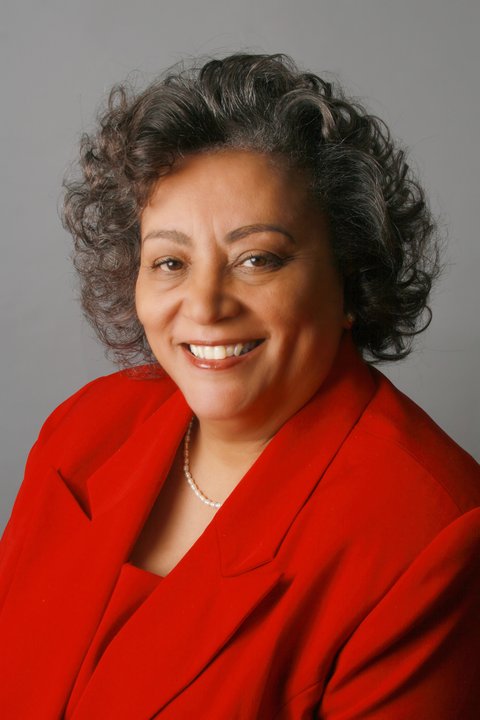 Dr. Lytia R. Howard, (pronounced Leesha), is an anointed teacher – a trainer who points her audience to the life-changing word of God.  Her prophetic delivery is rooted in a foundation of education, research and prayer which provides listeners with a practical application and a road map for successful Godly living.  She grew up and was trained through the auxiliaries of the church.

Leader.  Encourager.  Orator.  Called.  Chosen.  These words are mere samplings of the adjectives that describe the ministry of Dr. Howard.  As the International President of The Sunshine Band, she provides resource materials and training the leadership of the Sunshine Band.   Dr. Howard is a much sought after preacher who has ministered extensively from coast to coast and in foreign fields.

Dr. Howard believes in outreach and has served as an interfaith chaplain of The Atlanta Airport.  Prior to her employment as Assistant Dean for the College of Engineering at the Georgia Institute of Technology, she was the Assistant Dean for Academic Advising at Spelman College.

Dr. Howard is a graduate of Spelman College, University of Tennessee, Atlanta University and Interdenominational Theological Center.  She has earned five degrees which include a B.A.  in Sociology, M.A.C.T. in Sociology and College teaching, M.A. in Administration, M.R.E. in Religious Studies and a Doctorate in Education.

Dr. Howard is the founder an President of the Center for Success and Excellence, Inc.  This organization specializes in providing leadership training and ministry to church leaders.  She is committed to effective ministry and kingdom building.