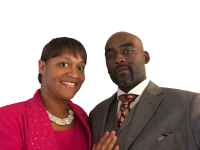 The Sunshine Band is an auxiliary of the Women’s Department of our Church.

Established by Bishop C. H. Mason, it is one of the oldest auxiliaries of our church.

In 1911, Bishop Mason saw fit to establish the Office of the General Supervisor of the Women

to which Mother Lizzie Roberson was appointed.

established by Bishop Mason and Mother Roberson were the Sunshine Band,

In the earlier years, prior to 1922, Saint Samuel was the first to gather the children

together to instruct and guide them in the church.  He was known as Big Brother Sunshine.

Along with Sister E. Sparks, also from Memphis,

they continued to give the children scriptural lessons. By 1916, Mother Lydia E. Hinsley became involved with the Sunshine Band.

In April, 1986, Dr. Lytia Howard was appointed the International President of the Sunshine Band.

In November, Mother Wilma Russell (Tennessee) said it best when

she walked over to Dr. Howard and said “As I was with Moses, so shall I be with you.”

At the next Women’s Convention in St. Louis, she called all of the presidents

together and went to work.  At this meeting, she established rapport with

the presidents, articulated the vision and garnered

the support necessary to go forward.

In 2015, Leslie Pace was selected  and appointed by Mother Willie M. Rivers as the third international

president of the Sunshine Band.

Co-Presidents of the Sunshine Band by Mother Barbara Mc-Coo Lewis.

As a husband and wife team, they are focused on helping children identify themselves

based on the truths of God's Word and live lives that will honor God.